An overview of the third, fourth and sixth cranial nerve palsies

Palsies of the third, fourth and sixth cranial nerves have ophthalmological consequences.

Cranial nerve III (CN III) innervates the superior, inferior, medial recti and the inferior oblique muscles. It also innervates the levator palpebrae superioris and carries with it the parasympathetic innervations to the pupil. Involvement of CN III will produce a symptom complex that involves one or several of these muscles and usually results in double vision.1

• situated in the midbrain

• at the level of the superior colliculus

• ventral to the Sylvian aqueduct.

The nuclear complex is composed of the following paired and unpaired subnuclei:2

• lesions confined in this area will therefore give rise to bilateral ptosis.

• lesions confined to the nuclear com-plex are relatively uncommon

• most frequent cause of palsy are vascular disease, primary tumours and metastases

• emerges from the midbrain and passes into the interpeduncular space

• causes of nuclear and fascicular lesions are similar, except that demyelination may affect the fasciculus.2

The basilar part of CN III

• starts as a series of ‘rootlets’

• leaves the midbrain on the medial aspect of the cerebral peduncle, before coalescing to form the main trunk

• then passes between the posterior cerebral and superior cerebellar arteries

• runs lateral to and parallel with the posterior communicating artery 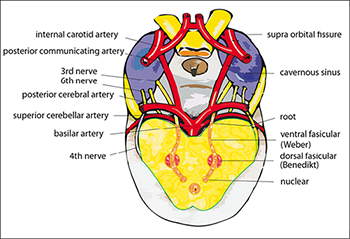 Fig. 1. Dorsal view of the course of the third nerve.

Aneurysm of the posterior communicating artery at its junction with the internal carotid artery typically presents as acute, painful third nerve palsy with pupil involvement.

Head trauma resulting in extradural/subdural haematoma (Fig. 2) causes a tentorial pressure cone with downward herniation of the temporal lobe and compresses the CN III as it passes over the tentorial edge, initially causing irritative miosis followed by mydriasis and total CN III palsy. 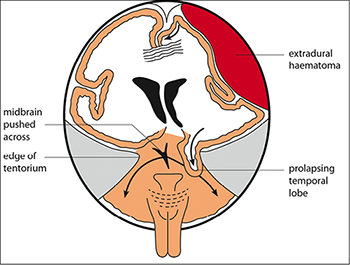 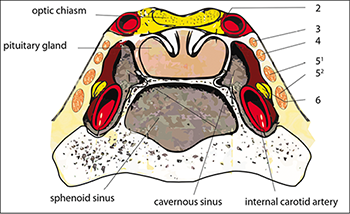 Fig. 3. Location of cranial nerves in the cavernous sinus viewed from behind.

• Pituitary apoplexy (haemorrhagic in- farction) may cause a CN III palsy if the gland swells laterally and impinges on the cavernous sinus.

• Intracavernous pathology such as


The intra-orbital part of CN III 2

The superior division innervates the

The inferior division innervates the


Lesions to the inferior division are characterised by


Superior and inferior palsies are commonly traumatic or vascular.

These fibres are located superficially in the superomedial part of CN III. Their blood supply comes from the pial blood vessels. The main trunk of CN III is supplied by the vasa nervorum. Involvement of the pupil is of great importance because it differentiates a ‘surgical’ from a ‘medical’ lesion.

These lesions characteristically involve the pupil by compressing the pial blood vessels and the superficially located pupillary fibres.

• causes include hypertension and diabetes

• the microangiopathy involves the vasa nervorum, causing ischaemia of the main trunk.

• weakness of the levator with ptosis

• limited adduction due to weakness of medial rectus muscle

• limited infraduction due to weakness of inferior rectus muscle

• dilated pupil with defective accom- modation due to parasympathetic palsy.

• the endoneural nerve sheaths remain intact in vascular pathology, may be breached in traumatic and compressive lesions

• elevation of the upper eyelid on attempted abduction or infraduction

• pupil may also be involved.

• most common cause of pupil-sparing CN III

• diabetic CN III palsy may be associated with periorbital pain

• occasionally the presenting feature of diabetes

• direct and secondary to subdural haematoma with uncal herniation

• Fresnel prisms if angle of deviation is small

• uniocular occlusion to avoid diplopia (if ptosis is partial)

Surgical management is to be considered only after all spontaneous improvement has ceased and not earlier than 6 months from the date of onset.

• only cranial nerve to emerge from the dorsal aspect of the brain (Fig. 4) 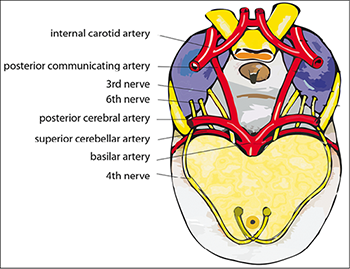 Fig. 4. Dorsal view of the course of the fourth cranial nerve.

• consists of axons which curve around the aqueduct

• leaves the brainstem on the dorsal surface

• runs forward beneath the free edge of the tentorium

• like CN III, it passes between the posterior cerebral artery and superior cerebellar artery

• then pierces the dura and enters the cavernous sinus.

• runs in the lateral wall of the sinus

• in the anterior part of the cavernous sinus it rises and passes through the superior orbital fissure above and lateral to the annulus of Zinn.

A fourth nerve palsy typically causes diplopia that is worse in down gaze. Hence, patients almost always report diplopia (or tendency to close one eye) while reading.

• acute onset of vertical diplopia in the absence of ptosis

• characterised by a head posture

• all except the nuclear palsies produce a contralateral superior oblique weakness.

• limitation of left infraduction on adduction

• the abnormal head posture avoids diplopia which is vertical, tortional and worse on looking down

• to alleviate the inability to depress the eye in adduction, the face is turned to the right and the chin is slightly depressed

• the left eye cannot look down and to the right or intort.

Parks-Bielschowsky 3-step test is useful in the diagnosis.

• Assess which eye is hypertropic in primary position when the patient is looking in the distance.

• One of the depressors of the left eye: superior oblique and inferior rectus

• One of the elevators of the right eye: superior rectus or inferior oblique.

• In a CN IV palsy, the involved eye is higher.

• Determine whether the left hypertropia is greater in right gaze or left gaze.

• In CN IV palsy the deviation is worse on opposite gaze (WOOG).

• The Bielschowsky head tilt test is performed with a patient fixating straight ahead.

• The head is tilted to the right and then to the left.

• In the CN IV palsy a deviation is better on opposite tilt (BOOT).

• Red and green Maddox rods, with the cylinders vertical, are placed in front of either eye.

• Each eye will therefore perceive a horizontal line.

• In the presence of a cyclodeviation the line perceived will be tilted and therefore distinct from that of the other eye.

• One Maddox rod is then rotated until fusion of the lines is achieved.

• The amount of rotation can be measured in degrees, indication of the extent of the cyclodeviation.

• Unilateral CN IV palsy is characterised by less than 10 degrees.

• Bilateral cases may have greater than 20 degrees of cyclodeviation.

• presents in adulthood when it de- compensates

• examination of old photos is helpful to make the diagnosis.

• Bilateral lesions are often thought to be unilateral until squint surgery is performed, following which the contralateral CN IV palsy is often revealed.

• common, but aneurysms and tumours are extremely rare

• routine neuroimaging for isolated CN IV palsy is not required.

Prisms may be tried, but because of the incomitant and torsional nature of this ocular misalignment, they are often not successful.

This is often the final solution for these patients.

• abduction of the eye

• lies at the level of the pons

• ventral to the floor of the fourth ventricle

• an elevation in the floor of the fourth ventricle (facial colliculus) is produced by the fasciculus of the seventh nerve as it curves around the sixth nucleus.

Passes ventrally to leave the brainstem at the pontomedullary junction, just lateral to the pyramidal prominence.

• involves the fasciculus as it passes through the PPRF

It involves the fasciculus as it passes through the pyramidal tract and is most frequently caused by vascular diseases, tumours or demyelination.

• variable number of signs of a dorsal pontine lesion.

• pierces the dura below the posterior clinoids and angles forward over the tip of the petrous bone, passing through or around the inferior petrosal sinus, through the Dorello canal (under the petroclinoid ligament) to enter the cavernous sinus (Fig. 5).

Fig. 5. Lateral view of the course of the sixth cranial nerve.


Important causes of damage to the basilar part of CN VI

• The first symptom is hearing loss.

• Always test for hearing and corneal sensation in all patients with CN VI palsy. 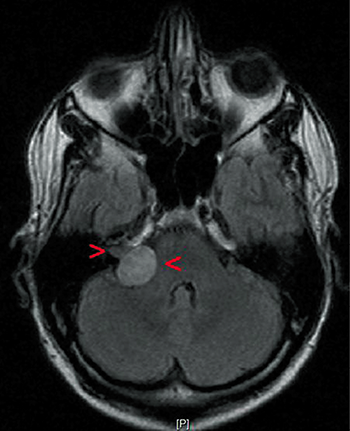 
2. Nasopharyngeal tumours – invade the skull and its foramina and damage the nerve during its basal course.

• the other nerves are protected within the wall of the sinus. CN VI is medially situated and runs through the middle of the sinus in close relationship to the internal carotid artery and is therefore more prone to damage

• CN VI palsy is joined by sympathetic branches from the paracarotid plexus.

Enters the orbit through the superior orbital fissure within the annulus of Zinn to innervate the lateral rectus muscles.

• esotropia worse for distance target and less/absent for near fixation

• In children up to 4 years of age, treatment of acute CN VI palsy is aimed at preventing amblyopia and preserving binocular fusion.

• Parents should permit a head tilt.

• If head posture disappears with persistence of the esodeviation – high suspicion of amblyopia.

• Intervention is aimed at preventing secondary contracture of medial rectus.

• depends on degree of incapacitation

• with total paralysis, botulinum toxin is indicated 2 weeks after onset.

• to be contemplated only after all spon-taneous improvement has ceased

• not earlier than 6 months from date of onset.

Acknowledgement . We wish to thank Graham Carter for the illustrations.

• Cranial nerve III (CN III) innervates the superior, inferior, medial recti and the inferior oblique muscles. It also innervates the levator palpebrae superioris and carries with it the parasympathetic innervations to the pupil. Involvement of CN III will produce a symptom complex that involves one or several of these muscles and usually results in double vision.

• Cranial nerve IV is the only cranial nerve to emerge from the dorsal aspect of the brain. A fourth nerve palsy typically causes diplopia that is worse in down gaze. Hence, patients almost always report diplopia (or tendency to close one eye) while reading.

• Cranial nerve VI is entirely motor in function. It supplies the lateral rectus muscle and is responsible for abduction of the eye.