Understanding the brain by controlling behaviour

In the quest to understand how the brain turns sensory input into behaviour, scientists at Harvard University studying the earthworm C . elegans believe they have crossed a major threshold. Using precisely targeted lasers, researchers have been able to take over the animal’s brain, instruct it to turn in any direction they choose, and even to implant false sensory information, fooling the animal into thinking food was nearby.

Doctors who have a gut feeling about a serious infection in a child should take action on that intuition, a new study suggests. In young children, serious infection is often hard to diagnose and can be ‘like finding a needle in a haystack’, according to background information in the report, published online in the British Medical Journal. A doctor’s intuition that something is seriously wrong may have more diagnostic value than many symptoms and signs, the report suggested. For the study, researchers in England and Belgium looked at nearly 3 900 Belgian children aged 16 and younger, assessed by primary care doctors in 2004. Of those children, 21 were later admitted to hospital with a serious infection. Nine of those 21 were not referred for further care after the initial primary care assessment, even though the doctor confessed that they had a ‘feeling’ that something was wrong in four of the nine cases. A child’s history of convulsions and overall appearance and breathing were the features most strongly associated with doctors having a feeling that there might be a serious infection. Parental concern that a child’s illness was different than normal was another strong influence on gut feeling, the study authors noted. The investigators also found that less-experienced doctors reported having a gut feeling more often than more senior doctors, but the diagnostic power of a gut feeling was no better in experienced than non-experienced doctors.

Medical teaching should make clear that an ‘inexplicable gut feeling is an important diagnostic sign and a very good reason for seeking the opinion of someone with more paediatric expertise or performing additional testing,’ said study author Ann Van den Bruel, of Oxford University, and her colleagues. A gut feeling should prompt doctors to conduct a full and careful examination, seek advice from a more experienced doctor, and advise parents what to do if their child’s condition worsens, they concluded.

A report by the Roll Back Malaria Partnership finds progress is finally being made in cutting malaria deaths, especially among children in Africa. The partnership, which is composed of several United Nations and international aid agencies, says many lives are being saved because of the widespread distribution of insecticide-treated mosquito nets and the use of combination therapies or ACTs. The United Nations-designated Decade to Roll Back Malaria ends this year. The Partnership called 2010 a ‘milestone year’ for malaria control. The United Nations says 860 000 people still die annually from malaria in Africa, mostly children. While this number is unacceptably high, Jan van Erps of the Roll Back Malaria Partnership Secretariat, says it indicates an improvement. ‘For years, we have been saying one child is dying every 30 seconds ... Well, today … we are saving a life every two to three minutes.’ The partnership put this down to global malaria funding increasing 10 times from 2004 to 2009 to nearly R13.5 billion, and a big increase in global production of insecticide-treated nets (to 150 million). There’s also been major procurement of artemisinin-based (a herb that works against drug-resistant strains of malaria) combination therapies to 160 million. Stefan Embled of the Global Fund for AIDS, Tuberculosis and Malaria, says the Fund is providing 70% of the money for anti-malaria programmes in 83 countries, most in Africa. In at least 10 endemic African countries there were declines in new malaria cases and a decline in malaria-related child mortality of between 50% and 80%.

However, Andrea Bosman of the World Health Organization’s Diagnostics, Drugs and Resistance Program says access to life-saving treatment remains relatively poor. ‘Many of the children, the most vulnerable groups − when they have fever − seek malaria treatment and very often receive non-ACT treatment.’ In the private sector there were many sub-standard medicines, ineffective anti-malarials and overuse of monotherapies which promoted drug resistance. The Roll Back Malaria Partnership says it believes many countries can achieve the Millennium Development Goal of halving the number of malaria deaths by 2015, but only if the world remains committed to funding universal coverage of malaria control interventions.

Plans to snub a silent killer

‘Blood pressure diseases among this race group is a trend that is increasingly alarming and it requires immediate attention. Early tracing and prevention of hypertension as well as the awareness thereof would receive attention.’ The National Research Foundation has announced that they will spend R7.5 million over five years on this area. ‘We are ecstatic about these funds because it means that our research can now be taken to new heights. It also allows many more postgraduate students to continue their studies and research,’ says Schutte. A number of young people will be tested for blood pressure-related risk factors, after which they will be followed up annually. ‘Through this we want to determine exactly which physiological changes take place over time with the development of high blood pressure. We can then use this information for prevention and intervention.’

Incentivise prevention rather than cure

With pricing and universal coverage taking centre stage in the healthcare industry, Professor Andrew Street, director of the Economics of Social and Health Care Research Unit in the UK suggests Diagnosis Related Groups (DRGs) as a powerful tool for fair reimbursement of public sector healthcare providers. Speaking at the Hospital Association of South Africa (HASA) conference in Cape Town this September, he said the main aims of pricing in a universal healthcare system were to control overall expenditure, incentivise efficiency and improve quality. ‘But payment must ensure fair reimbursement, with equal pay for equal work.’

South Africa was looking at introducing DRGs as part of the proposed National Health Insurance (NHI) system reforms for publicly funded healthcare. He added that differentiated prices were sometimes appropriate to encourage entry and participation in public health delivery and because providers delivered different services and faced various unavoidable costs. ‘Hospitals face different unavoidable cost constraints including regulatory factors, tax regimes, monitoring and performance management regimes as well as contractual arrangements,’ said Street. ‘They will also have different costs of capital, including the cost of borrowing and cost of labour. In addition, there are geographical differences in input prices.’ It was also important to get a true assessment of the capital (such as buildings) used in the provision of care, where depreciated accounting costs may not reflect the true costs of capital utilisation. He said hospitals needed to be compensated to recognise the specific unavoidable costs they faced and commercial information could be kept confidential.

Street said DRG-based funding could ensure fair reimbursement as long as the quantity was described accurately and prices reflected the true cost of production. Street confirmed that this regulatory process related to publicly funded health but delivered by any willing provider. In the UK privately funded, privately provided care is not subject to price regulation and tends not to apply DRG, with the exception of NHS patients treated in the private sector through the Any Willing Provider programme.

Also addressing the conference, Senior Health Specialist for the Africa Region at the World Bank, Gyorgy Fritsche, said pay-for-performance or results-based financing could be a powerful instrument to work towards universal health coverage. He said the rising burden of chronic diseases and increased health spending meant traditional payment models were proving inadequate. ‘Many countries are experimenting with new purchasing strategies to improve the quality of healthcare and coverage of priority services and reduce costs.’ Instead of paying providers based on inputs or on outputs, a ‘pay for performance model rewards the delivery of good health outcomes’. Fritsche said rewards could include monetary incentives for governments to improve health coverage, programmes that pay beneficiaries money if they use a preventive service, or paying doctors extra for every vaccination they performed.

Even non-monetary rewards, such as medals or tokens for patients, could be used to encourage them to use a particular service. ‘In some cases performance-based schemes can increase a doctor’s salary three or four times,’ he added. ‘In some countries in Africa, these programmes have proved successful in attracting healthcare workers to remote areas and to focus on preventive health.’ Although Fritsche noted that these pay-for-performance programmes on average are a small contribution to doctors’ overall earnings, he said the model allowed countries to move away from passive purchasing where output and prices were defined by providers towards a more active payment model rewarding quality.

Six Eastern Cape hospitals have been condemned but continue to operate, and 17 function without piped water. The situation is so bad that not one of the province’s health facilities met the requirements of the Norms and Standards Bill currently before parliament, and would have to close if it became law. Eastern Cape health department’s superintendent-general Dr Siva Pillay told parliament’s health portfolio committee that the province had a vacancy rate of 46% – mostly essential clinical staff – and would need R9 billion to hire the required staff. He said the province faced a R20 billion backlog in health infrastructure and would not be able to meet the standards set in the Norms and Standards Bill recently adopted by the National Assembly and now before the National Council of Provinces. Six health institutions have been condemned but are still operating out of necessity. In addition, 168 clinics and 17 hospitals do not have piped water. More than 42 health facilities do not have electricity and are operated via generators, 68% of hospitals do not have essential medical equipment, and 16% of health facilities do not have telephone connectivity and some are only accessible by road in bad weather.

Of the condemned hospitals, the worst were Elizabeth Donkin psychiatric hospital in Port Elizabeth, Nessie Knight hospital in rural Qumbu and Isilimela hospital in Port St Johns. ‘Not a single one of ours pass the norms and standards. Most of our buildings are not yet structurally sound to provide health care services and yet they continue to receive patients,’ Pillay said. Preliminary findings of a high-level audit conducted by the national health department found that most health facilities in the province would close down once the Norms and Standards Bill became law. He said with a R20 billion infrastructure backlog, the R1.1 billion allocated by Treasury to the province this financial year towards improving infrastructure would merely ‘plaster the cracks’. The province expects this backlog to escalate to around R26 billion. Support services were also in a dire state, he said.

The Eastern Cape health department was also embroiled in a number of court cases involving the alleged contamination of water sources as a result of poor sanitation at some facilities. Pillay said 26% of the budget was going to infrastructure development, operations and maintenance despite this being a municipal function. For maintenance the amount needed was just over R1 billion, but only R150 million had been allocated, he said. For equipment R1.2 billion was needed. The province also did not have the budget to meet the required staff allocation because it could not afford the salaries for trained clinical personnel, of which there was a 46% vacancy rate. Eastern Cape Health MEC Sicelo Gqobana said the province was trying its level best to upgrade and revamp the ‘very dilapidated’ hospitals. 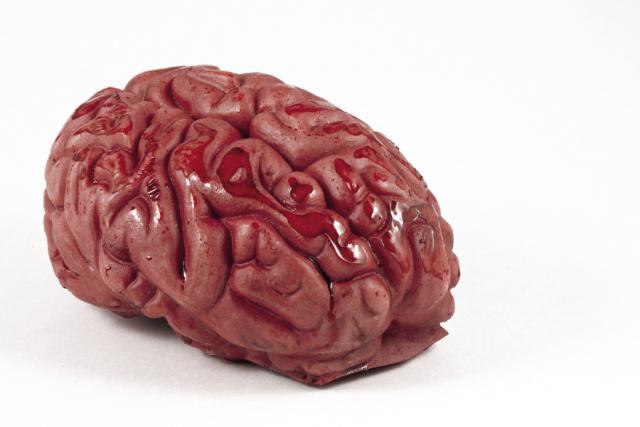 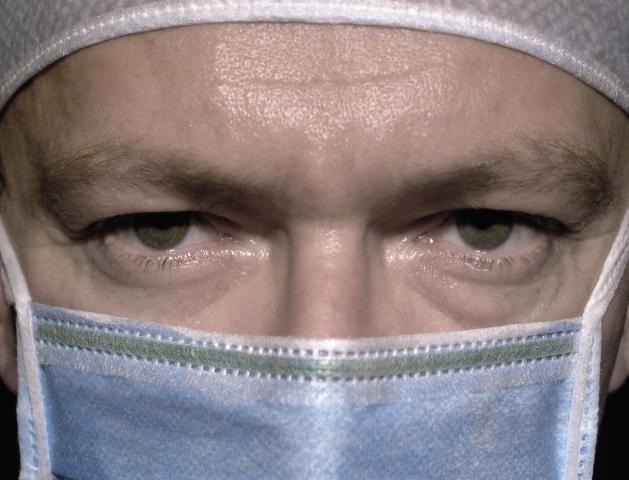 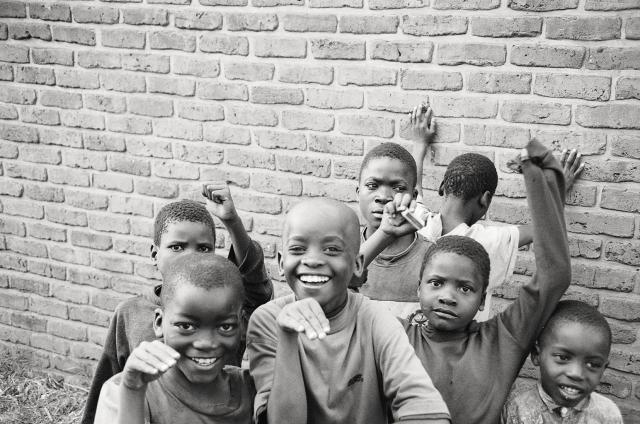 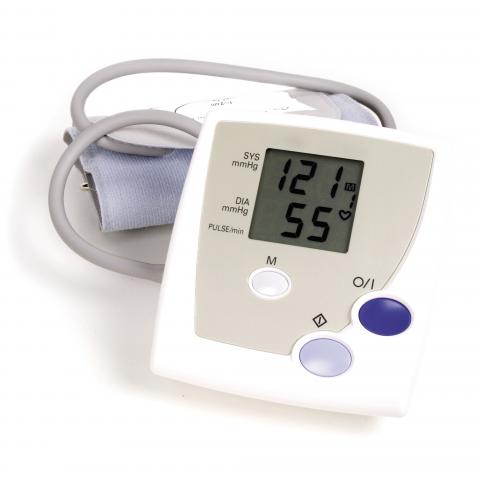