The South African burden of disease and climate change

‘…it is unlikely that there will be any/many entirely new adverse health outcomes, but rather a worsening of existing health problems, through a change in patterns.’

Background, burden of disease and the hierarchy of health determinants

Professor Tony McMichael, one of the pioneers of research and policy relating to the human health effects of anthropogenic climate change (CC) has provides the following 3 seminal statements:

‘…it is unlikely that there will be any/many entirely new adverse health outcomes, but rather a worsening of existing health problems, through a change in patterns.’ 1

‘There is need for good, critical, thinking and research within each particular population setting, as to what are likely to be the “early and most reasonably attributable health impacts of climate change.”’ 2

‘…human health can – indeed should – be viewed as the real “bottom line” of climate change consequences.’ 1

Given that the main CC effects of interest to us are health impacts it is useful to consider the burden of disease (BoD), or the pattern of current health and disease with which we are familiar, as a template for thinking about and anticipating the earliest effects, with a view to prevention, cure and care.3

The BoD approach allows us to combine premature mortality with morbidity estimates for different diseases into a single indicator, and has been used to estimate the contribution of CC to global health.4 It may also be used in conjunction with a hierarchy of determinants of that burden (see Fig. 1) to understand and think about the existing pattern of disease with which we are now faced and how this might change in the future as a consequence of developing CC.

If we use the breakdown of the Western Cape BoD as an example, the following priority disease contributors to the burden are shown in Table 1.5

Consideration of the priority components contributing to the BoD allows us to orient our clinical or public health practice in ways that promote more effective and efficient outcomes, and allow some rational basis for prioritising problems and expenditure of human and material resources according to the potential modifiability of health outcomes and their determinants.

The hierarchy of determinants can be represented by the ‘layers of the onion’ diagram in Fig.1.5 Climate change determinants fall within the extreme upstream or outer layer of Fig. 1.

How do we understand an-thropogenic climate change?

This article accepts as scientific fact that anthropogenic climate change results from economic activities that emit greenhouse gases (GHG) like carbon dioxide (CO2) and methane, which accumulate and increase the heat-trapping capacity of the lower atmosphere, resulting in global warming, with surface temperatures and the annual number of dry days and hot nights increasing over time. The Intergovernmental Panel on Climate Change (IPCC) (http://www.ipcc.ch/), a scientific intergovernmental body established in 1988 and tasked with evaluating the risks of anthropogenic climate change, predicts increased frequency and intensity of extreme events (extreme heat, severe storms, droughts and floods).6 The global average sea level rose by 1.8±0.5 mm per year between 1961 and 1990 and 3.1±0.7 mm per year from 1993 to 2003 due to thermal expansion of ocean water and melting land-based glaciers and ice-sheets.

What are the principal climate change-related determinants of health?

Fig. 2 shows how CC determinants may impact on health.3 Apart from direct effects like increased temperature, changes in precipitation, extremes of climate and sea level rise, the fundamental requirements for health – safe drinking water, clean air, sufficient food, secure shelter, and control of vectors and infectious organisms, may be severely impacted. There are additionally many other CC-linked determinants which act and interact with other determinants at various levels to directly and indirectly impact health in a complex web of causation.

What are the climate-related adverse health outcomes?

There is an increased risk of death, injury and population displacement as a result of extreme climate events such as fires, droughts, hurricanes and floods. Anxiety, post-traumatic stress disorder, depression and other mental health conditions follow trauma, loss of loved ones and property and displacement.

Prolonged exposure to high temperatures can cause heat-related illnesses such as heat cramps, heat syncope, heat exhaustion, heat stroke and death. More frequent and intense heat waves are associated with an increased morbidity and mortality. The elderly and people with pre-existing medical conditions (e.g. cardiovascular disease, psychiatric conditions) and those on medication which affects salt and water balance are at great risk for heat-related illness and death. Drinking alcoholic beverages, ingesting narcotics and participating in strenuous outdoor activities, such as manual labour in hot weather, which is a feature of much work in the developing world during summer, are also associated with heat-related illnesses.

Chemical and biological effects of air pollutants and allergens may also increase mortality from asthma and chronic lung disease.

These are systematically considered in the light of the major contributors to the South African national and provincial burden of disease.7

Waterborne enteric diseases are affected by changes in rainfall patterns, which affect river flows, flooding, sanitary conditions and the spread of diarrhoeal diseases, including cholera, as well as other enteric diseases caused by enteroviruses, and hepatitis A and E. Heavy runoff after severe rainfall can contaminate recreational waters and increase the risk of human illness through higher bacterial counts. This association is strongest at beaches closest to rivers. Ear, nose, and throat, skin, respiratory and gastrointestinal illnesses are commonly associated with recreational swimming in fresh and oceanic waters. Other diseases include hepatitis, giardiasis and cryptosporidiosis.

Vector-borne disease distribution can be adversely affected through faster reproduction of vectors and pathogens.8 For southern Africa, however, the net climate change impact on malaria has been estimated to be neutral, while Dengue fever, tick-borne encephalitides and plague are predicted to increase.

Salmonella has been found in the UK, Australia and Canada to be associated with short-term (e.g. weekly) high temperatures and increase the risk of food-borne infections. This effect could be aggravated in less-developed settings.

As a consequence of worsening climate and environmental conditions, there will be increased immigration and refugee pressures on the environment and on neighbouring countries. The demographic disruption and associated social tension will be associated with adverse health effects, which include increased interpersonal violence and crime. In addition, damaged transport infrastructure and poor weather conditions or increased temperature may increase the incidence and severity of motor vehicle-related crashes. There is evidence that higher temperatures are associated with greater civil and military violence.

There is an increased risk of respiratory illnesses from the higher ground-level ozone and other air pollutants. Increases in airborne pollens and spores can exacerbate asthma, chronic obstructive pulmonary disease (COPD) and other respiratory allergic conditions. Cardiovascular system disease (e.g. cardiac failure, stroke) worsen as a result of air pollution, and renal disease is associated with heat waves (for example, kidney stone disease associated with dehydration and increased hospitalisation for acute renal failure, or renal damage due to chronic dehydration).

Increased risk of malnutrition results from impaired agriculture or loss of rural livelihoods. The WHO’s estimate of disease burdens already attributable to climate change in the year 2000 identified malnutrition as the pre-eminent component of health loss. Most of that estimated loss (via premature deaths, stunting and disabling infection) was in young children in developing countries.

Physical hazards due to temperature extremes can cause heat illness and loss of productivity since most subsistence agriculture takes place in hot parts of the globe and factory conditions with no air conditioning are also common. Chemical hazards from the effect of wild fires in dry and hot conditions, or smog in cold weather with temperature inversions, can have serious cardiorespiratory effects. Emergency and health personnel are particularly at risk from stressful social and environmental conditions and infection hazards.

What is the path to prevention of the climate change-related burden of disease?

Because this article is primarily about the public health or population approach, considerations of prevention must begin at a societal level with policy needs. We must continue to implement preventive interventions that are ordinarily required to reduce the disease burden from all the contributors to the BoD, and which will still be required indefinitely with or without CC, while considering how to respond to the extra demands placed by CC, and providing climate-related curative services and care wherever possible, as outlined elsewhere in this special CC and health issue of CME.

When it comes specifically to climate change-related prevention we need to think systematically through ways in which we can promote optimal mitigation and adaptation at all possible layers of the onion of determinants (see Fig. 1). Mitigation means striving to reduce GHG at source (e.g. promoting solar and wind energy production instead of ‘fracking’ for carbon-intensive shale gas), while adaptation focuses on interventions that will reduce the impact of CC determinants of health (e.g. early detection of cholera and upgrading of emergency medical responses).

This is always the point at which many health professional are lost, as the gap between the doctor-patient relationship level of intervention and action at the more distal levels of the onion is difficult to bridge mentally and programmatically from the vantage point of a medical practitioner.

In the broadest sense of the word, what is required is for us as health practitioners to become more political (oriented to policy formulation and implementation). Looking at our policies, whether at national, provincial or local government levels, it is clear that the newly emerging globally relevant slogan of ‘health in all policies’ is thinly practised in South Africa. We need only to look at the national environmental policy (the white paper) on climate change, or the very recently released National Development Plan, or our energy policy to see this. There is nevertheless vigorous debate around all of these policies, and we individual health professionals, as well as our health organisations, need to join these debates providing essential facts about health determinants and their likely impacts about which most policies are typically silent. In 2011 when the COP17 meeting took place in Durban the cliché that ‘politics begins at home’ was particularly relevant. We should infuse all of our organisations and practice with CC and health awareness.

All this may appear to be a little vague for many medical practitioners. More concretely, we need to move from climate-friendly policies to the implementation of mitigatory and adaptive interventions wherever possible. We need to understand what the greatest threats to health are from different levels of CC determinants, and to give priority to and promote those interventions that aim at reversing their adverse health effects. Looking at each layer of the onion we should be asking what interventions we can support either personally or collectively through our organisations.

Think proactively. Think preventively. Use the hierarchy to help you think systematically about these issues. Prepare yourself professionally for changing patterns of disease – anticipate and be ready! 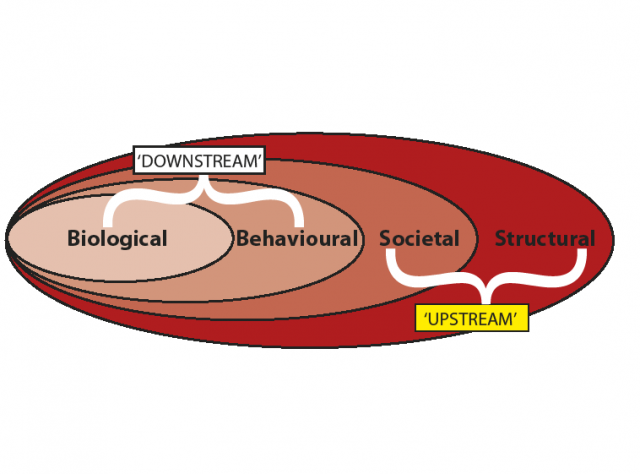 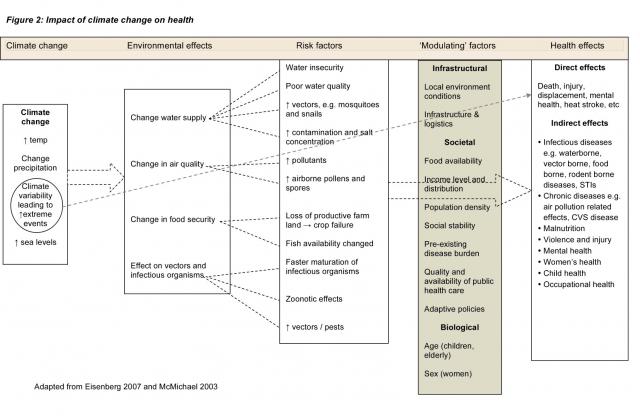 Table 1. Burden of disease com-ponents in decreasing order of contribution to premature mortality as years of life lost (YLL)

• The health impacts of climate change in South Africa have received little attention.

• Climate change will not give rise to new diseases but will change the pattern of disease, exacerbating many conditions while benefitting others.

• Indirect effects apply across the burden of disease.

• Understanding the current and projected burden of disease is important for surveillance of likely climate change health effects.

• Emergency and long-term preparedness of society is key to prevention.

• Health professionals can take preventive action individually and through their organisations to make a difference.